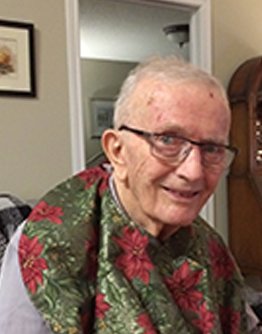 Peacefully at home, on 8-8-21, at the age of 88, after dealing with Parkinson’s and Lewy Body Dementia for a number of years, Edmund (Ed) Ottar Nerby passed away with his loving wife of 40 years, Claudette, by his side.  Left with memories are his son Peter (Laura) and his children – Stephanie (Connor) Jennifer (Mrig) and Drew of Summit , N J, his daughter Susan and her children Sarah, Amy and Adam Freeman of Toronto and his son Robert (Bob) (Diane Beresford) and their children, Ryan and Madison of Etobicoke.  Dear brother of Kathryn Dowthwaite (late Geoffrey) and uncle to her daughter Lynda Teeter (Eric van Velzen) of Newmarket, On.  Brother-in-law of Claude & Liette Lalonde, Jacqueline & Richard Leroux and Marc & Tina Lalonde, all of Cornwall On, Denise & Iain Farquhar of Cochrane, On and Alain & Sylvie Lalonde of Beaconsfield, QC.  Mon Oncle Ed to 9 nieces and nephews and 8 great nieces and nephews. Predeceased by his parents Ottar & Gwendolyn (Taylor) Nerby and his in-laws, Andre and Desanges (Belisle) Lalonde.  The Western Mustang Football team and the Toronto Argonauts have lost one of their most loyal fans.

There will be no visitation or service at this time.  Cremation has taken place and a gathering for family and friends will be held at a later date. Friends wishing to remember Ed with a memorial donation are asked to consider the McCormick Dementia Services Day Program 2022 Kains Rd London, ON N6K 0A8.  McFarlane & Roberts Funeral Home, London, Ontario (519) 652-2020 in care of arrangements.  On-line condolences are available through www.mcfarlane-roberts.ca.

To send flowers to the family or plant a tree in memory of Edmund Nerby, please visit Tribute Store