Our caring, professional staff members have years of training and experience in supporting families in their time of need. They are proud to help guide you through the creation of planning a service that will best reflect your loved one's unique journey, and will assist you in taking the first steps toward the healing process. 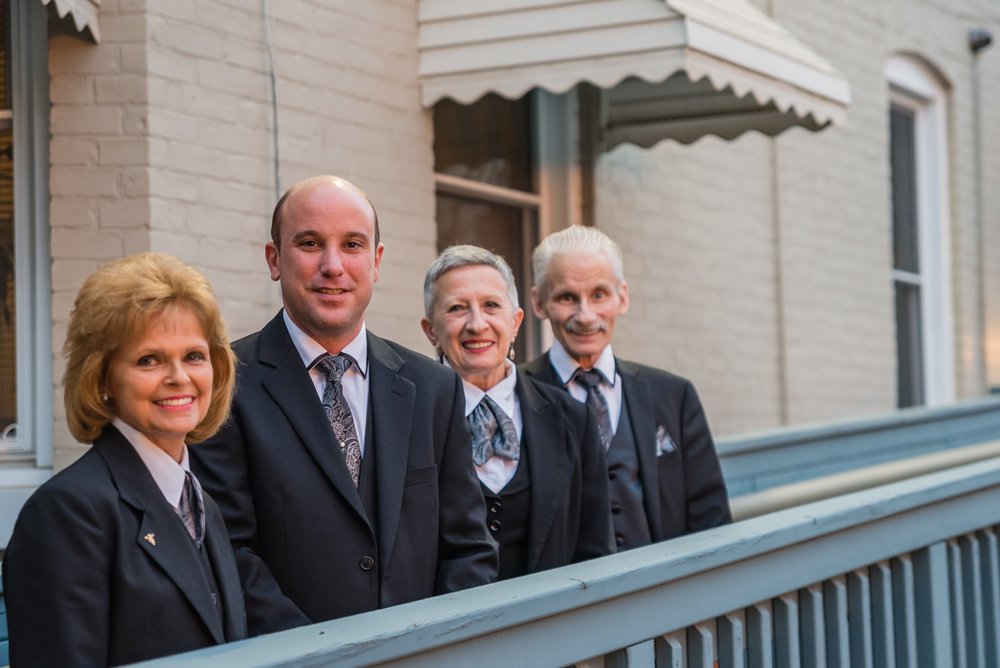 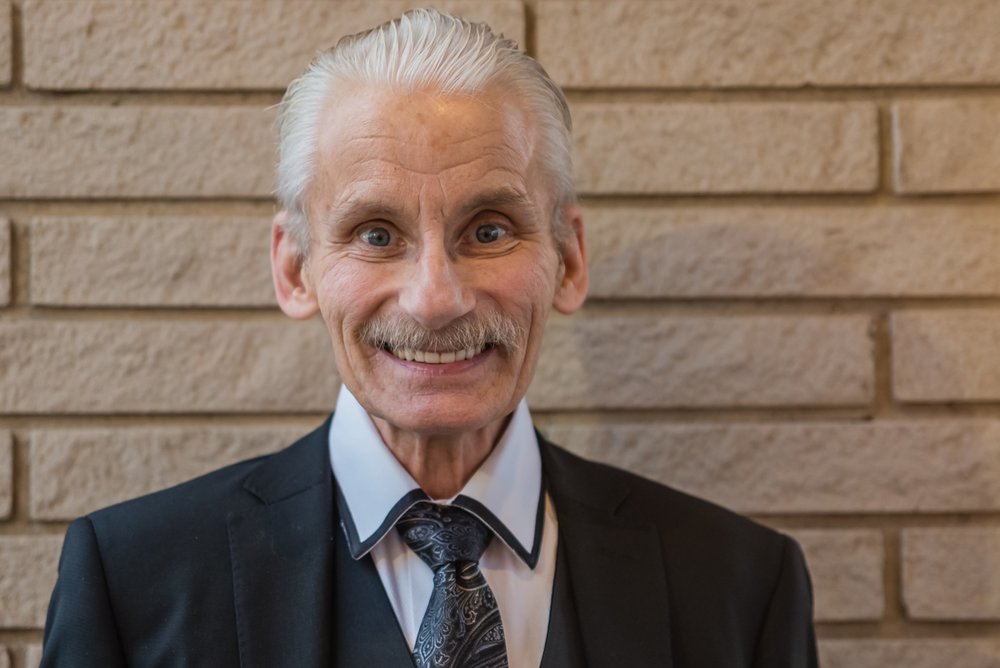 Mike was born and raised in St. Thomas. He received his Funeral Director’s license in 1984 having apprenticed in Peterborough at the Comstock Funeral Home. There wasn’t a full time position available in Peterborough, so he moved to Dryden to work in the Funeral industry and obtain valuable  experience. “I gained valuable experience in Dryden, everything from basic funerals to being heavily involved in the Air Ontario plane crash that happened in Dryden in 1989. I’m not built for Dryden winters being -45, so I moved back home and began my Funeral career with Dave Roberts at the McFarlane & Roberts Funeral Home in 1990.” In 2006, Mike and his wife Rhonda purchased the Funeral Home outright from Arbor Memorial.  They have proudly owned and operated their independent funeral home ever since.  "It’s a life-long dream of mine to own a Funeral Home. When I was eight years old, a friend of mine and I drew up floor plans for the Funeral Home we were going to own. It was one of the best and most exciting days of my life. I wouldn’t want to be anywhere else but Lambeth. The people we are fortunate to serve are wonderful and we are so grateful to the community for supporting us.”

Mike has a love for all animals but especially greyhounds. Mike and Rhonda were very involved in Greyhound Relocation and Adoption. Every year they would have a “Make- A- Fast Friend” day at the Funeral Home. “We were so pleased to know that at least 78 greyhounds were adopted through our events”, says Mike. “We had four greyhounds at one time, Apollo, Athena, Malina and Luka. It was so exciting to be greeted by 400 pounds of dog when you got home from work.” Because Mike has trouble walking dogs now, he and Rhonda have 2 cats, Calvin and Minx. “Now we get home from work and we have to wake the cats up.”

When not at work, Mike and Rhonda love to go to the London Knights games. “I have supported the Knights since 1977, Mike says.” They also enjoy bringing their 142 year old home back to its original beauty. Mike is also a big sports fan, but his favorite team is the Dallas Cowboys. 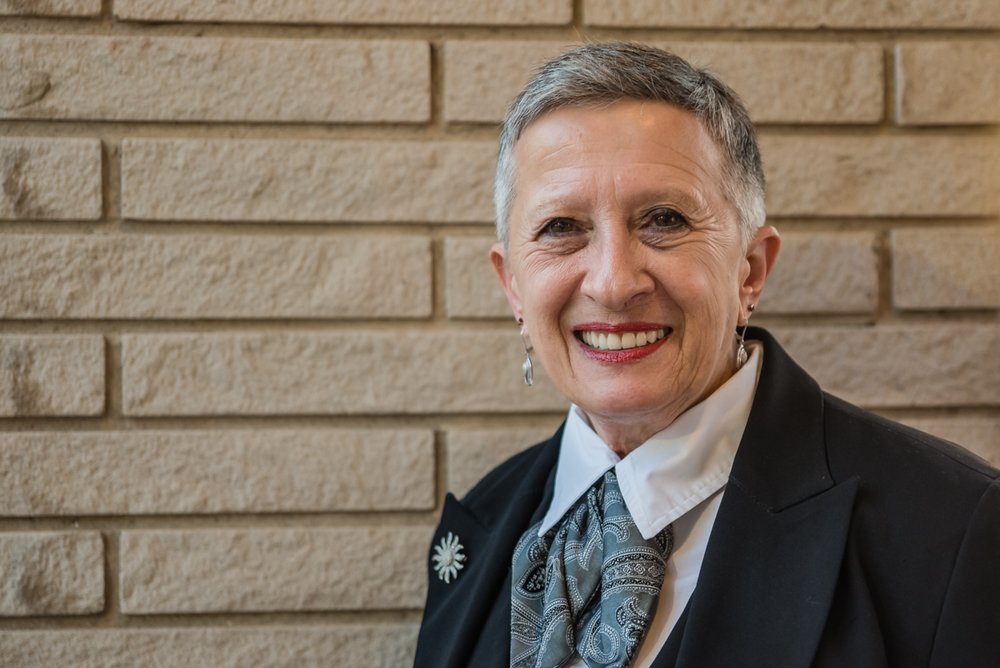 Born in Halifax, Nova Scotia, something about the “East Coasters” rears family and a sense of community. Some of my fondest memories were large family/community functions, sitting around the table with lots of food and chatting for hours. I think those memories have assisted me in working in environments that display those qualities. My working career began in the insurance business, then 10 years in retail grocery while raising my children. Hired into the Ontario Public Service in Human Resources, I spent 28 years working with managers, union leaders/members and employees in several roles and have recently retired from the OPS. My interest in helping people has always been strong. After suffering a personal tragedy, I enrolled and successfully completed a Certificate in Grief and Bereavement Theories, Kings College, UWO while working full time. Part of my program was a working placement which brought me to the McFarlane & Roberts Funeral Home. It has always been my belief the family’s contact with the funeral home is the beginning of a good or bad journey in the death of a loved one. I like to think “our family” welcomes those in need to sit around the table, chat about their wishes during one of their worst days and hope we provide that sense of community when they leave. Working part time in the business over the past 11 years, I now have the ability to be fully devoted to the families we have the privilege of serving in Lambeth and surrounding community. I can honestly say “I love my job” and the people of this community. Living in St. Thomas with my husband Michael and 2 furry cat babies Calvin and Minx, renovating our heritage home, enjoying London Knights hockey games and the occasional spa day keep me grounded. 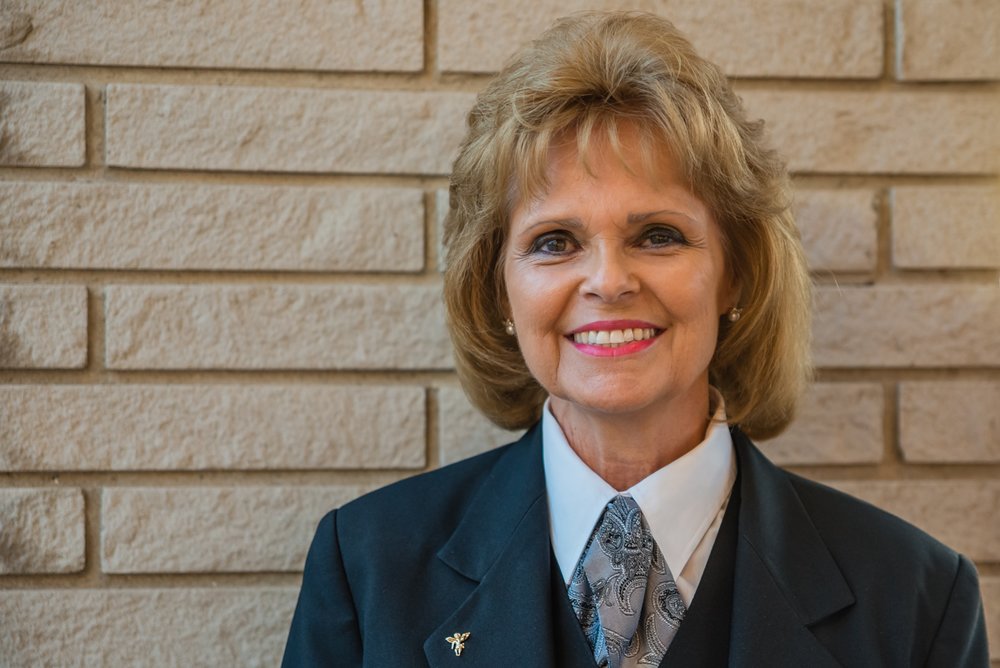 Bonny was born in St. Thomas and raised on the family farm in Lawrence Station. Bonny enjoyed working with seniors at the Elgin Manor Nursing Home for 3 years as a Nurse’s Aide. In 1989 she began work as a cook at the Ford Motor Company in Talbotville until she retired in 2016. A dear friend of Bonny’s passed away by the name of Jim Douglas and Bonny decided to use the McFarlane & Roberts Funeral Home for his service. An instant bond developed between Bonny and Mike, the owner. Bonny liked Mike’s attitude towards helping and Mike liked Bonny’s sense of caring and her sincere desire to help others. A short time later, Mike asked Bonny if she would like to work at the Funeral Home and a great relationship blossomed from there. “Bonny is a huge part of our firm, says Mike. She is so well liked by not only our staff, but every family we serve. She is able to help with almost everything we do and she is just like the “Eveready Bunny”, she can tire you out by just watching her.” Bonny has a love of every animal, but her real love is cats. She and her husband Chester have owned and loved many cats and their current one is called “Teddy”. Bonny spends a lot of quality time with her Mom, Dorothy as well as with her Grandkids. If and when she has any “Bonny time”, she enjoys music, paper-tolling and travelling, having been on several cruises and to Hawaii twice.